Eggs. You eat them every day whether they’re scrambled or used in other foods. Eggs are one of the most consumed food items in the world, an average person eats about 279 eggs per year. That’s almost an egg a day! Yet most people never think about the process of chickens laying eggs and how complicated the process is. It’s so easy to overlook such an important aspect of our lives.

In this blog post, we’ll discuss the process of chickens laying eggs and more frequently asked questions so you can be well informed about the laying process and be more aware of what you put in your body!

How Do Chickens Lay Eggs?

Now with that out of the way, we can take an in-depth look at the process of chickens laying eggs. Each egg your chicken lays takes about 24-26 hours to form. This process can be broken down to four main parts. 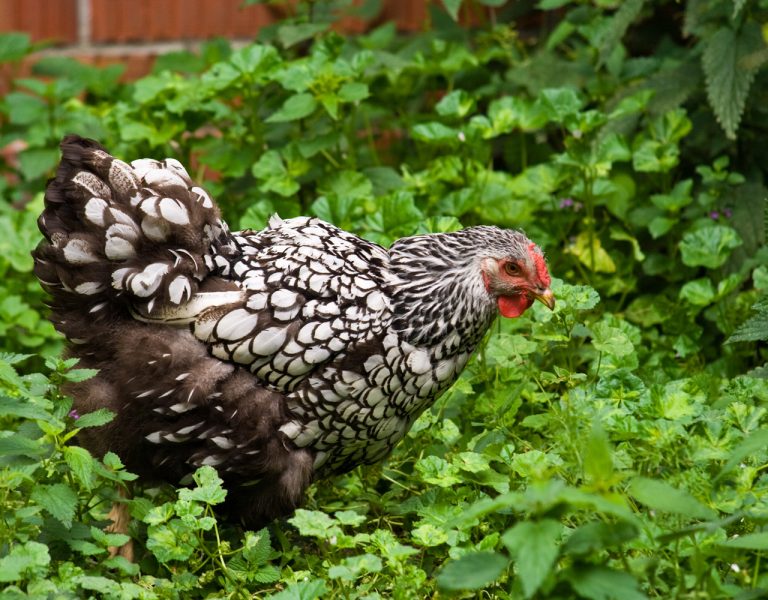 First Step: Each hen has thousands of potential eggs in their ovaries. When your hen gets to the appropriate egg laying age, around 18-20 weeks, the eggs in its ovaries begin to mature into egg yolk. When a yolk moves onto the next stage, it is released from the follicle and goes out of the ovary and travels down the reproductive tract, which is commonly referred to as the oviduct.

Second Step: Once the yolk, now being a blastoderm, has entered the oviduct, the egg white starts to form around the yolk. The blastoderm stays together with a thin outer shell membrane. At this point of the egg laying process, the egg looks like what we know eggs to be, but it is still missing its classic outer shell.

Third Step: As the egg formation process continues, the shell gland provides the egg the ability to gain its shell. During this stage, the egg will also form its outer shell color whether that is white, brown, green, or blue. The outer shell also forms an anti-microbial layer.

After your hen goes through this complicated process, it is finally ready to lay the egg. The egg exits through what is known as “the vent.” Once the egg has been laid, your hen will begin this process again after 30 minutes.

Do Chickens Need a Rooster to Lay Eggs?

The simple answer… no. Your hen does not need a rooster to make and produce eggs. Depending on how you plan to use your chickens, the benefit of a rooster is purely circumstantial. If you just need eggs to eat, you won’t need roosters. They have nothing to do with the egg laying process.

If you plan on breeding chicken, then a rooster is necessary.

How Does a Rooster Fertilize an Egg?

Roosters start to reach sexual maturity around 4-5 months of age. Around this time, they will start to produce sperm and they will start acting like the roosters we all know of. A rooster can remain active for several years but just like any other species, their sperm production will start to decrease with age.

In most cases, you will only need one rooster. Since the rooster is such a virile bird, they can mate between 10-20 a day. One rooster is enough to mate with 10-12 hens. So depending on the amount of hens you have, you will have to determine for yourself how many roosters you need. If you have an unbalanced ratio of roosters to hens, the roosters will start to wear out the hens. 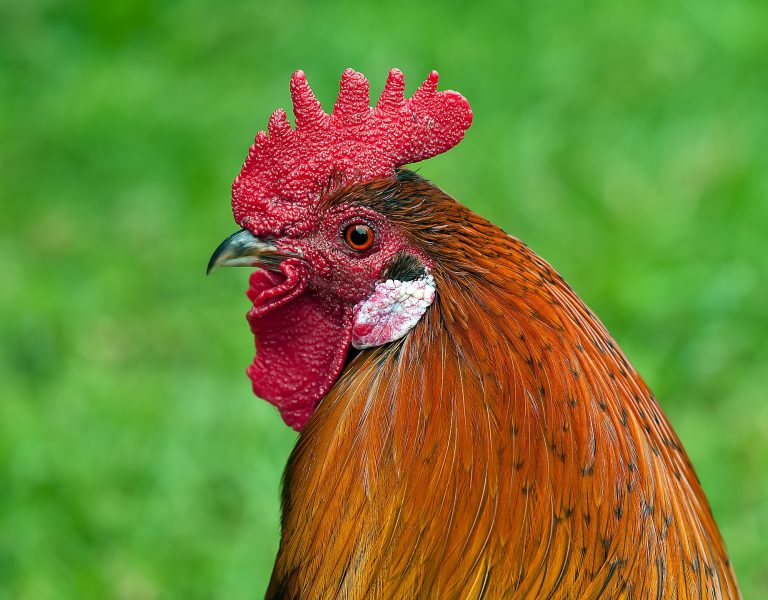 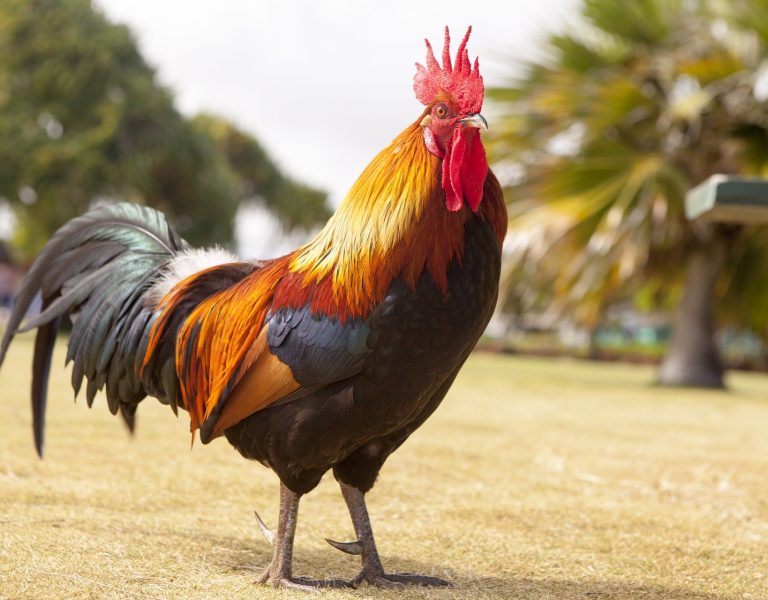 The chicken reproductive system rules still apply to the fertilization of an egg. The difference is having the rooster. If you don’t collect your eggs every day (or every other day), the rooster will fertilize the egg. The process of fertilization takes up to 3 weeks so it is impossible for you to crack open an egg that was collected that morning, and find a chick inside of it.

The way a rooster fertilizes an egg is very simple. They take their job seriously as it is their job to ensure the success and survival of their flock. The rooster will jump on the hen’s back and perform what is known as a cloacal kiss. By doing this, they deliver their sperm into the oviduct which fertilizes the egg and can leave eggs fertilized for a week.

The average person is used to just two different types of eggs… brown and white. But did you know that there are different breeds of chicken that can lay blue and green eggs? Yes, we’re not just making that up. Egg color is determined by the genetics of the hens. For example, the Ameraucana breed can produce blue eggs and the Olive Egger can lay green eggs.

Although all eggs start white in color, the genetics of these different breeds affects the shell of the eggs as it moves down the oviduct. Other than looks, there are no major differences between other breeds of chicken. Once you crack those eggs, and scramble them on a pan, they all taste and look the same. There is no such thing as an egg that is more “natural” than the other.

As we’ve discussed, there are dozens of different chicken breeds. Although all eggs come out equal… not every breed is the same. There are chickens that are bred for different purposes. This means that some chickens are able to produce more eggs than others, being more efficient. We’ve compiled a shortlist that describes some breeds of chicken so you can equip yourself with the knowledge that is necessary for keeping chickens. 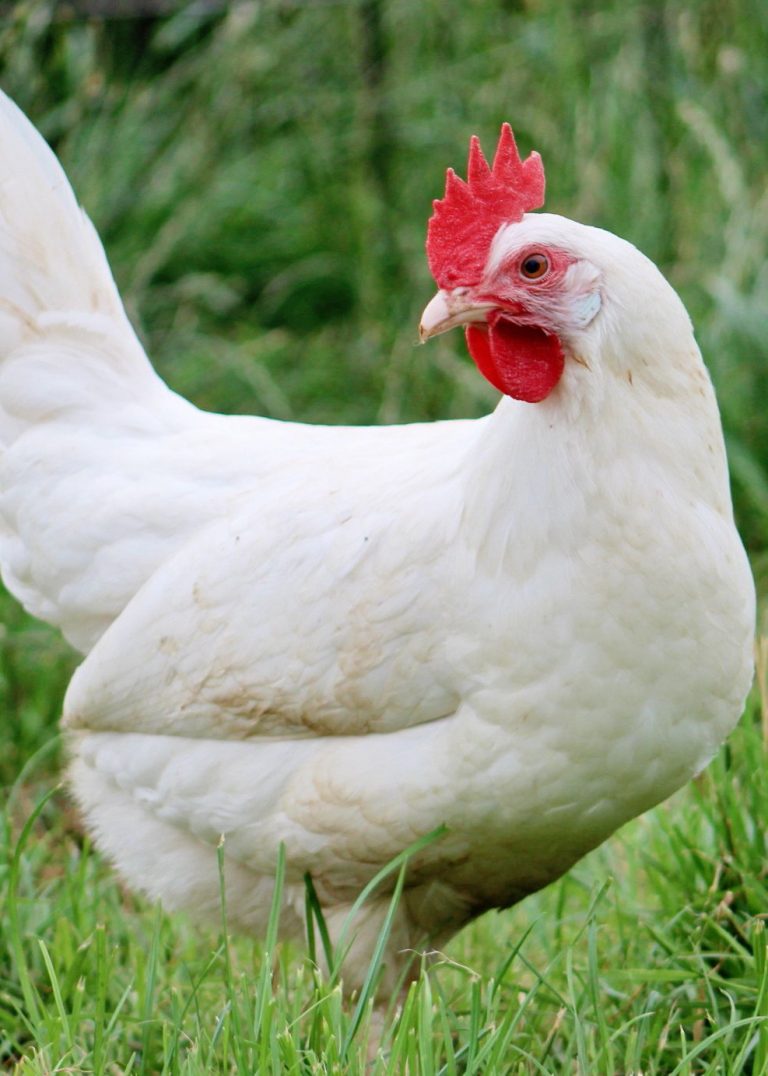 The Leghorn is a very popular breed of hen that is a firm favorite for the poultry industry. This chicken can lay anywhere from 280-320 eggs per year. That’s almost 4 eggs per week. A specialty of this chicken breed is that as she ages, her eggs get larger. This means that by the end of her laying cycle, you’ll be seeing extra-large eggs. They are pure workhorses and that means they don’t make the best mothers so if you’re set on having chicks, you’ll need an incubator. 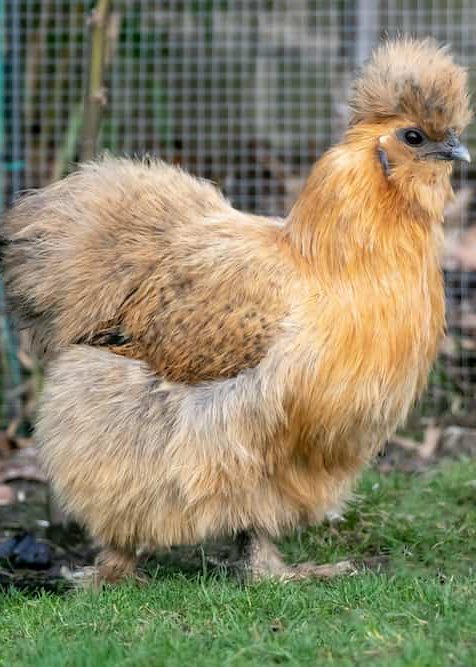 The Partridge Silkie should not be looked at as just a chicken laying eggs. These little balls of fluff are less used for egg productivity but more as pets. They have a very distinct look to them. They possess super soft feathers and make great pets for cuddling. They also make great mothers. They will set aside any egg laying in order to focus on their chicks. Although they are on the higher maintenance end, like needing extra grooming, if you want a cute, soft, and affectionate pet, the Partridge Silkie is for you! 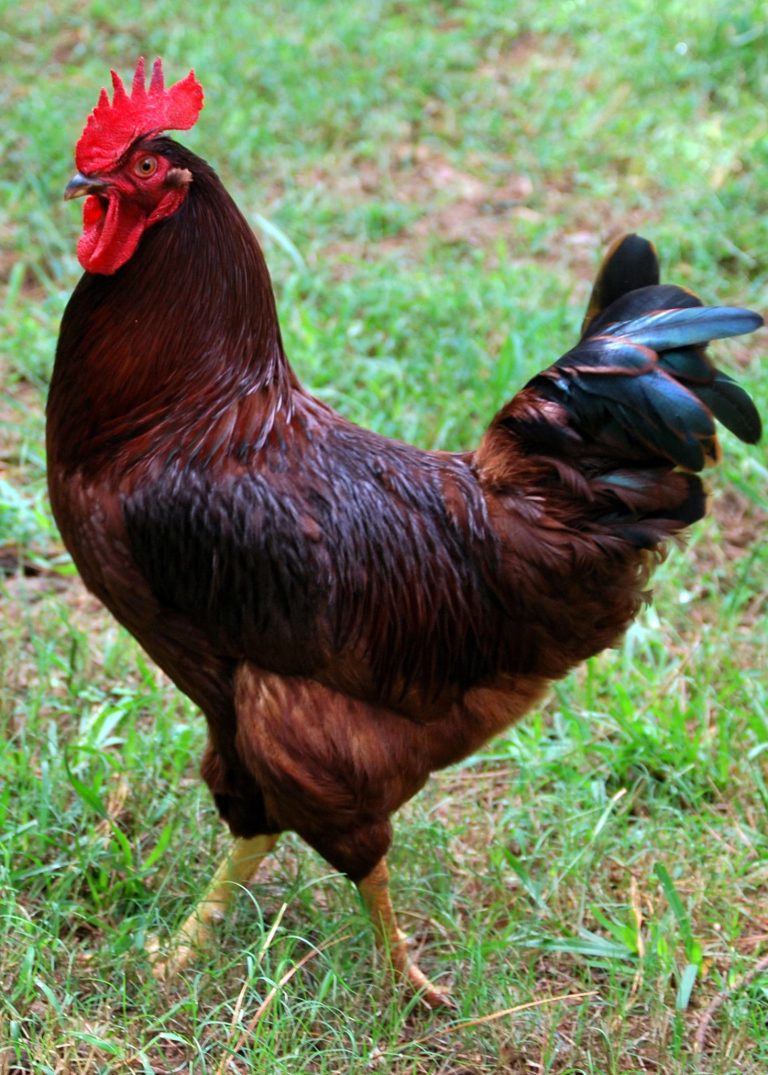 The Rhode Island Red is a docile, friendly, and laid-back breed of chicken. Although they are chickens laying eggs, they are much more than that. They are a very versatile breed of chicken. They are able to lay delicious eggs and can be used for meat. The Rhode Island Red can be a great backyard chicken, they are quiet and are extremely weather hardy. They won’t need too much maintenance, are self-sufficient, and are child-friendly. If you’re looking for a backyard chicken, that’ll be a great fit if you’re in a neighborhood.

To learn more about breeds, check out our other blog posts on the most efficient breeds and the friendliest breeds of chickens!

What Can Hen House Collection Do For Your Chickens?

Hen House Collections are here for the chickens laying eggs. We are here to provide them the safest and most comfortable home available. With over a decade of experience in building handcrafted chicken coops, you can rest assured knowing that each chicken coop gets a personal touch and is designed to fit your certain needs. Whether you run a farm or have backyard chickens, the Hen House Collection can provide you with the best coops through our network of over 150 dealers. Find a dealer near you so you can provide the safest and cleanest environment for your chickens today! 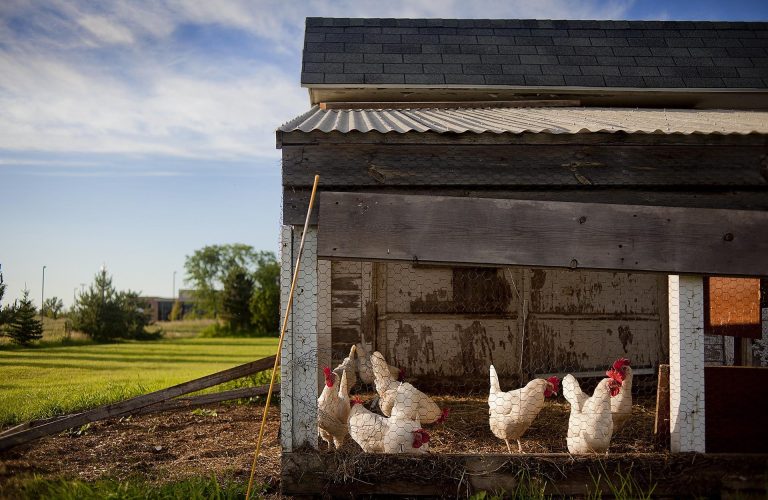 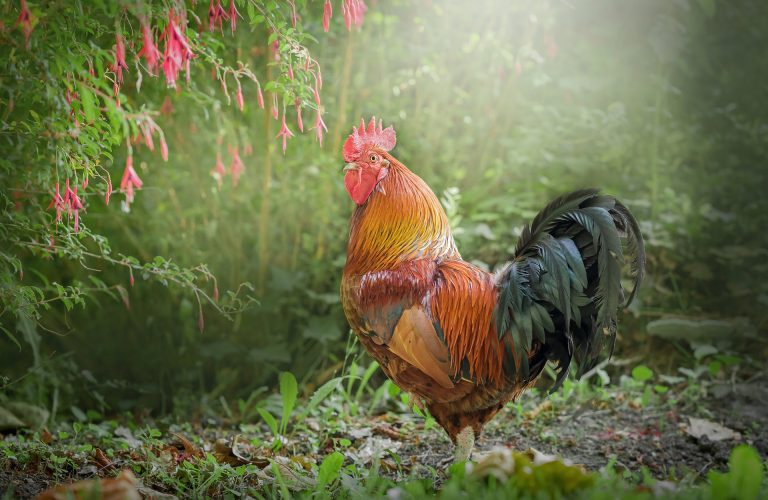 9 Reasons To Keep A Rooster 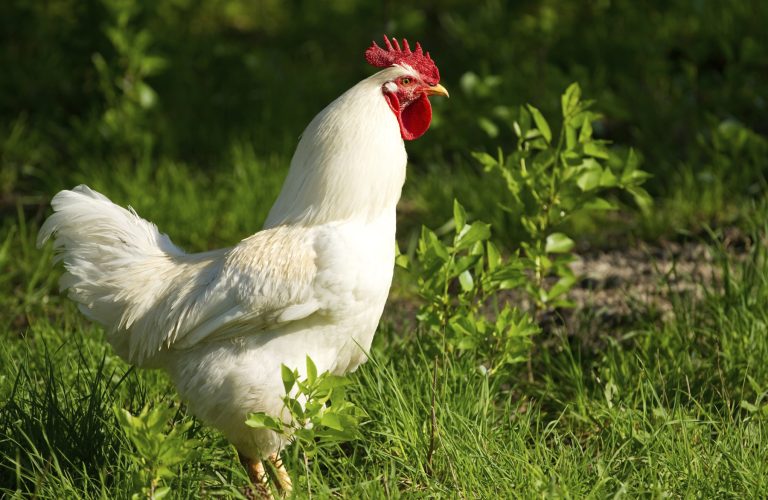